No items found.
Product is not available in this quantity.

Thanks to everybody who sent photos. Marie, Silvie, Davin, Liam and other dear friends. 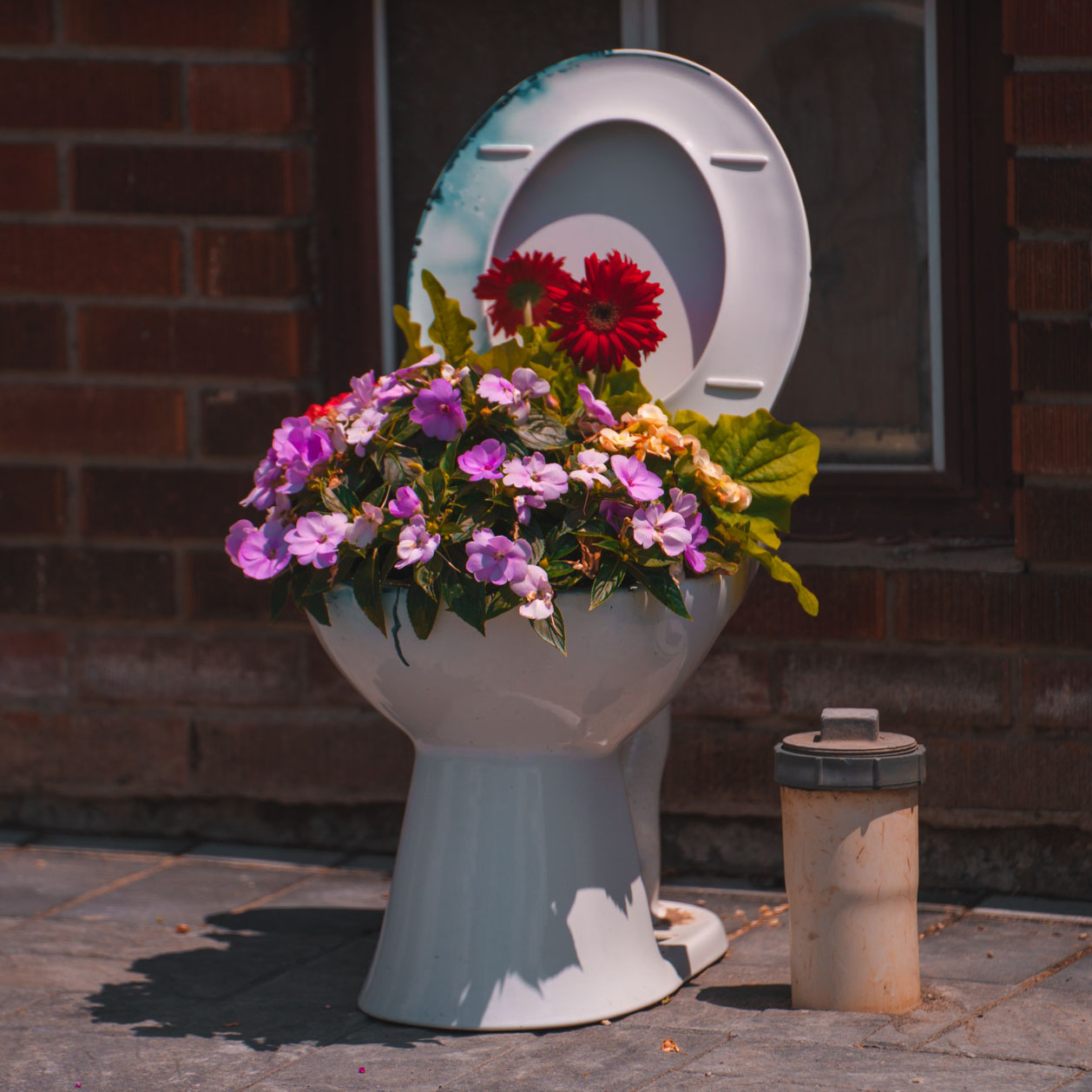 Why are there so many toilets sitting out on the curb in Toronto?

Good question. I think it's just a Toronto thing.

I’ve never seen a street toilet in Vancouver. Nor have friends who live there.  I lived in Halifax for years and don’t remember seeing any.  I just got back from driving across the US and didn't see any.  In travels around the world I’ve only seen a few. On a bus cooking through the desert near Lima we passed a graveyard of broken, half buried toilets poking up through the sand by the road, looking like artifacts from a forgotten culture. But nothing can match Toronto’s big numbers.  Here I’ve seen hundreds, all over town.  I've taken over 800 photos (about 300 of the better ones are here). And please believe me I’m not out hunting for them.  I have better things to do.  Really.

Toilets are weird enough when they are where they're supposed to be.   For one thing, they’re ceramic.   What else do you have in your house that's big and ceramic? Your bathroom sink might be ceramic, but a sink is just a fancy bowl.   The toilet, on the other hand, is a chair. A big ceramic chair. An oversized teacup for you to sit on. You probably think of the toilet in the same way you think about the stove or the fridge; it's just another useful home implement. Yet it looks like something Michelangelo might have knocked off as a warmup. You can see that the artist who shaped the gentle contours of the toilet enjoyed their work.

On a pleasant day in the summer a few years ago Marie and I were walking down College St. and we happened across a toilet sitting on the curb near the YMCA on the corner of Dovercourt.  She said “I’ve seen these a bunch lately” and sure enough after that I couldn’t STOP seeing them.  I couldn’t leave the house without tripping over a discarded toilet.  It was strange, so I took pictures, first with my cell phone and later with a nicer camera. I think I expected that somebody would eventually tell me what it was all about.

Friends started sending me photos, mostly from around Toronto. And the toilets kept on coming. I remember a day I went out for a bike ride to a bulk food store on Bloor, not far from my house, and passed no less than 10 toilets on the way there.  It was a hot day but had recently rained a little and the toilets seemed like big mushrooms that had sprouted up out of the steaming sidewalk.

So what's going on here in Toilet Town?  Does the avalanche of discarded toilets have something to do with the stupid high price of housing? A toilet isn't difficult to replace and is a quick way to spruce a place up either to sell the house or after you shelled out to buy it. Is Toilet Town just a side effect of the housing mania? If this is the case though, why are street toilets unheard of in Vancouver, which has a housing bubble just as big as ours?

It's a good thing toilets don't talk. They know us too well.  What happens in the bathroom typically, hopefully, stays in the bathroom. That is, until one day when this strange piece of ceramic furniture that has been privy to your every dirty secret in a room that is sealed from the world, is unceremoniously dumped on the sidewalk for all to see...

I learned a lot about photography from taking lots and lots of pictures of toilets. That was a big part of this. I wanted to improve my photography and this turned out to be a great way to do it. It helped that toilets are all pretty similar. The challenge was figuring out how to photograph the same thing over and over and to try to make it interesting. To capture what it was that made this or that particular toilet unique. Taking pictures of people, by comparison, or other more conventionally interesting subjects, seemed a little too straightforward.